Last week’s economic news included reports on construction spending, private and public sector employment data and a report from the Fed indicating that any move to raise interest rates may be delayed. The details:

Analysts said that construction is gaining strength and could soon be the strongest sector of the economy. Construction spending for July met growth expectations of 0.70 percent as compared to June’s reading of 0.10 percent. The Commerce Department reported that this reading translated to a seasonally adjusted annual rate of $1.98 trillion, which was the highest rate of spending in the construction sector since May 2008.

Residential construction spending was up 10.80 percent year-over-year in July, with both single-family and multifamily construction posting double digit gains.

The Federal Reserve issued its Beige Book report last Wednesday, which indicated that wage pressures in many of the 13 Fed districts could cause rising inflation, which the Fed has cited as a component in any decision to raise the federal funds rate. The Fed has set a benchmark of 2.0 percent inflation as an indication for raising rates, but doesn’t expect to see this reading in the short term.

Higher wages increase consumers’ discretionary spending, which would contribute to more hiring and increasing demand for goods and services.

The four-week rolling average of new jobless claims rose by 3250 new claims to an average of 275,500 new claims. Analysts said that layoffs are declining and that workers who lose their jobs are finding new employment quickly.

Continuing jobless claims fell by 9000 to a reading of 2.26 million for the week that ended August 22.

This week’s economic reports include job openings, the usual weekly reports on new jobless claims and mortgage rates and a report on consumer sentiment.

Curb appeal is often neglected by sellers. So much attention is spent getting the inside of a home cleaned up that the outside is left until last. This is a mistake. Landscaping and gardens are the first things a prospective buyer sees. Following these tips ensures homes look their best and give a positive first impression.

A fresh layer of mulch brings out the color in a garden and makes gardens look well-tended. Homes on the market in the spring, summer, or fall benefit from a fresh application of mulch prior to putting a home on the market.

Cluttered yards full of toys and tools are unattractive. Pick up any clutter and place it out of sight of prospective buyers.

Branches, leaves, and other debris are equally unsightly. Rake leaves and eliminate brush to give lawns a clean, manicured appeal. This is important year round.

Renting a power washer to clean driveways and walkways is also advisable. A clean driveway and gleaming walkways invite prospective buyers to picture themselves strolling through the yard.

Overgrown grass and shrubs look unkempt. Take the time to cut the grass and sweep or blow the clippings off of driveways and walkways. Trim shrubs and trees to desired shape and height, and clean up all trimmings.

Don’t worry about trimming out of season. Well-manicured landscapes suggest that the rest of the house is equally well maintained.

Add a little color in the garden to increase its appeal with some fresh flowers. A new planting ensures blooms look their best, especially against that new application of mulch.

Tend To All Garden Beds

This is the time to spruce up all garden beds. Remove weeds and trim up perennials to create a well-maintained appearance. Remove or trim back any plants that look dead or otherwise unhealthy.

Yards with fountains, faucets, pools, and irrigation systems require additional care. The time to fix issues is before the showing.

Resolve any issues with irrigation systems. Clean fountains and pools of algae and leaves. Fix leaky faucets as they suggest issues elsewhere with plumbing.

Fixing up the outside is just as important as a clean interior. Making gardens, lawns, and landscaping appear attractive and well maintained gives prospective buyers a positive first impression.

Don’t wait until the day of the showing. Start working on landscape staging a month before putting a home on the market. Call Nash Carey with questions on how best to prepare your home for sale. Nash Carey 602 405-3092. 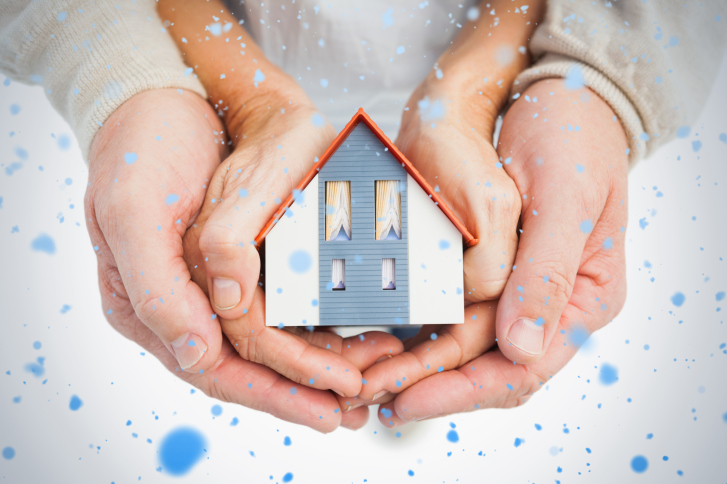 Title insurance is one of the few types of protection policies available to homebuyers and one that is often overlooked because of its optional nature.

Because title insurance is purchased simultaneously with the home, it can be very easy to forego when looked at alongside all the additional fees that are associated with purchasing property.

This is typicaly not advisable, as title insurance is one of the smartest forms of protection a homeowner can buy. Here are just three reasons why every purchaser should get title insurance.

It’s The Best Protection Against Fraud

Title insurance protects the owner of a home from any claim made against their property, whether or not they are responsible. These include unpaid mortgage balances on the home, an improper foreclosure or any form of real estate fraud perpetrated by the seller.

Fraud is more prevalent now than ever before and has started to gain momentum in real estate as well. Forgeries are easier to create in the electronic age and criminals take advantage of today’s ‘do-it-yourself’ attitude to sell property they don’t actually own to unsuspecting victims.

Countless records are now made public online for low one-time payments to access them. But does anybody really know what they should be looking for? Title insurers are experts at finding anything suspicious with a home and researching exhaustively to make sure everything about the transaction is legitimate.

And if it’s not, the insurance still covers the buyer for any losses incurred if they are ordered out of their new home should a claim be made against it. Then they will research the claim to make sure it isn’t a fraudulent one.

Title Insurance Is A One-Time Fee

Title insurance will also protect against mortgage fraud or any unpaid mortgages the home already has. Although title insurance is strongly recommended, it is a good idea to speak with a professional about it so that any questions you have may be answered.

With all of the time and money that can go into moving, spending money on one more thing can seem like a bank account drain. However, when it comes to selling your home, investing in a professional photographer can mean the difference between getting a buyer and making a sale you’ll be proud of. If you want to get the deal your house deserves, you might want to consider the skills of a professional who will make your house look like someone’s dream home.

“Lighting” Up Your House

If you’ve ever noticed how dull a room can look when it’s cloudy outside, you’ll quickly realize how important the right lighting can be in complimenting the appearance of your house. A professional photographer will be able to determine what hours and what types of flash will work to highlight the rooms in your house the best. Not only that, they will go above and beyond what your smart phone can do to correct the issues that can impact a potentially perfect picture.

In the right light, it’s possible that you’ll be able to get some great pictures of your house on your own, but a photographer will be able to go beyond that. It’s a proven fact that people are most often lured in by façade photos when searching for homes online, and it’s these the right photographer will be able to perfect. By using a professional who understands what size of lens to use to compliment your home, your photos will easily optimize the way your home looks.

Diving Into The Details With Expertise

Beyond the panorama shots that might convince a potential buyer into considering your house for their next home, a professional photographer may be able to hone in on details that differentiate your house from the rest. With their keen, curious eye, they’ll not only notice intricate details, they’ll be able to highlight them in a way that makes them look interesting, expert and one-of-a-kind. They’ll also be able to beautifully capture the special features that you love about your home!

It can be tempting to be cost effective when it comes to showcasing your home, but just like wedding photographs, you don’t want to skimp on real estate images. If you’re interested in learning more about positive ways you can highlight your home, contact Nash Carey at 602 405-3092 or Bud Carey at 602 405-3099.

Whether you’re getting prepared to buy a new home or just curious about upcoming trends in housing, there are a bevy of features gaining momentum on the real estate market. From top to bottom and room to room, here are five popular features that homebuyers will be sure to notice this fall.

Bigger is not necessarily Better

There was a time when a bigger home meant a better home, but with the cost of maintenance and heating, bigger homes are experiencing a decline in popularity. Instead of sizeable mansions that look the part, buyers are becoming more interested in houses that are more economical to maintain and possess a warmer, cozier vibe.

Where a living room and a bedroom can often be fixed up with a layer of paint, the costs that can go into updating an old kitchen can be quite prohibitive for a new buyer. Instead of a space they’ll just have to renovate, buyers are interested in a sleek, modern looking kitchen with stainless steel appliances that offer modern conveniences.

While older homes can offer character and the history that goes along with them, new homes are winning when it comes to energy efficiency. With people becoming more conscientious of the environment and their impact, energy efficiency in a home is not only popular right now, but will come to be a necessity in the next few years.

Options For A Smart Home

Technology has become so ubiquitous these days that it makes more sense for buyers to invest in homes with smart features. From thermostats that can be adjusted with mobile devices to doors opened via Bluetooth, smart features are a huge part of what makes a modern home.

A Burst Of Bright Color

Muted tones can often be the best for allowing a potential buyer to envision a home as their own, but color here and there can definitely draw in the younger crowd. With bright color making a design comeback, a brilliantly bold sink or appliance can be the type of risk that pays off and has the potential to sway the right kind of home seeker.

The features that grab a potential buyer can change all the time, but certain popular trends will not be going out of style anytime soon. If you’re curious about trends that will be hitting the market in your area, contact Nash Carey at 602 405-3092 or Bud Carey at 602 405-3099 for some inside tips.

The national median home price rose to $285,900 in July, which was two percent higher year-over-year.

New jobless claims rose by 1000 new claims to a seasonally adjusted average of 272,500 according to the four-week average. Analysts note that the four week average smooths out volatility that can occur with week-to-week readings.

This week’s scheduled economic reports include the Federal Reserve’s Beige Book report, ADP and the federal Non-farm Payrolls reports. The national unemployment rate will be released along with regularly scheduled reports on mortgage rates and new jobless claims.

Nash Carey is available to show investment properties as well as down sizing adults from the large property to a love it lock it and leave it. Ask Nash how he can help you find the perfect property to suit your needs. Nash Carey 602 405-3092